Ace of Diamonds Mine & Campground

Come join the fun at The Ace!

Ace of Diamonds Mine & Campground

Come join the fun at The Ace!

What are "Herkimer Diamonds"?

HERKIMER DIAMONDS are brilliant, water clear quartz crystals composed of silicon dioxide, hard enough to scratch glass. They are of a hexagonal structure and doubly terminated (points on both ends). Not only are they a prized mineral specimen, but metaphysically, they are also associated with dream work, enhanced creativity, healing, and facilitating meditation.

Where do "Herkimer Diamonds" form?

Dolomite limestone is the rock formation in which they are found. This rock was buried ages ago. Subsequently, surface water containing silicon seeped downward through the earth and was trapped in pockets or cavities in the dolomite rock. Under tremendous heat and pressure these crystals

were formed. Weathering and erosion by glaciers and water have exposed the strata in Middleville, New York. The crystals are found mostly in rock cavities (formed approximately 400 million years ago), but many are found in soil surrounding the weathered rocks.

Why are they called "Herkimer Diamonds"?

The name Herkimer Diamond came about because to the untrained eye, the sparkling crystals look like real diamonds. Since these unique crystals are found in Herkimer County, named after the Revolutionary War General Nicholas Herkimer, the crystals became known as "Herkimer Diamonds." Additionally, the Mohawk Indians, native to this area, are known as ” The People of the Crystals ” 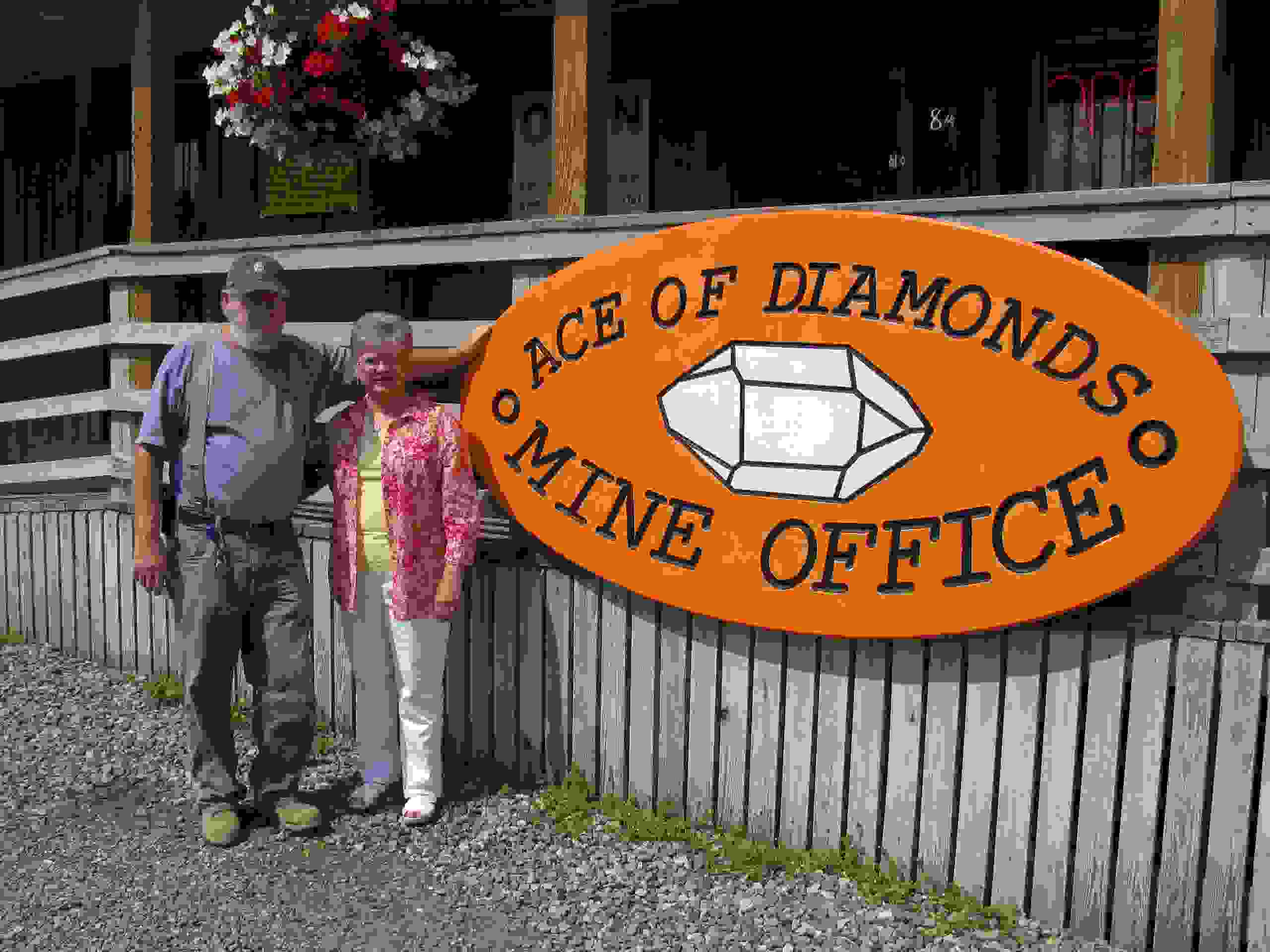 Family owned & operated for over 50 years!

The mine is owned and operated by the Smith Family: Ted, Anita, and Anna Jane Smith.

Copyright © 2021 Ace of Diamonds Mine & Campground - All Rights Reserved.

We are CLOSED for the season

We would like to thank all of our patrons for making our season a tremendous success, even during these uncertain times. We are now closed for the season and will reopen on April 1st, 2021. We wish you all a safe and healthy winter.

Ace of Diamonds Mine